We mostly focus on Escape Room Reviews lately on our blog. Those reviews have – intentionally – quite a delay between the time we play and the time when we actually release the review. This time span is there so we can get rid of the “big emotions” that are connected with Escape Room experiences for us. Those big emotions vary – of course – between being super hyper and in love with a game or being extremely disappointed. To offer a rather clear review, we allow ourselves some time to reflect and focus.

This piece you are about to read will be written without that timeframe – as it will not be a review of a certain game. We rather want to write about an issue we have encountered more and more lately in Escape Rooms. It helps to still have those big emotions behind the words to bring across our point. Or at least – writing this helps to calm down – either way: it is time to talk about broken game elements in escape rooms and why they are a big deal for the players.

I am pretty sure every escape room player encounters broken game elements sooner or later – and if you play a lot of games, there is no way around them. If you are an owner, this topic is unavoidable and it should not be taken lightly.

Not all broken Game Elements are the same

There are different instances in which an Escape Room player can encounter broken game elements. Let’s try to find some common ground on those:

1) Items break during the game

We found a small mirror once in an Escape Room and unintentionally throw it to the floor – crashing it.

We as players felt horrible, but the escape room was prepared for it and we got a new one from the gamemaster. Accordingly, we were able to continue playing. In cases like this, the broken element was not a big deal and could easily be replaced. The owners were prepared for it and having breakable items in the room was clearly a risk thy were willing to take. As long as there are replacements in storage, the game is not influenced by these too much.

We also encountered some rooms which had fully broken puzzles in them. These broken game elements were still there, but we were informed beforehand about them. The gamemaster told us that the element was sadly broken and they were not able to fix it, but the puzzle had been “taken out” of the game and thereby not affect our game in any way.

Sure, as a gamer, you can feel a bit cheated. Depending on the size of the broken puzzle, you are missing part of the game. You are paying X amount of money for an escape room experience that was partly broken.

When this happens in other industries, you are getting a discount – most of the time without even having to ask. In escape rooms, for some kind of reason, this is not a common rule. As a player, you are just expected to accept it and move on. Which most people do – but is it good customer service?

3) Malfunctioning elements during the game

You try to open lock X and it just won’t work – even with the seemingly right combination. Or you put the cables on the machine in the right order, but there is simply no response. The lock or the machine seem to be broken, but you – as a player – can not be 100 % sure until the gamemaster confirms it, resulting in losing valuable time.

This one, of course, has happened to us multiple times and with very different scenarios. It surely is the most annoying “broken element”-moment you can have in an escape room since you tend to lose a lot of valuable playing time on a game element that is broken and there is no way to solve it. After figuring out that something is wrong, you may lose extra time trying to reach your gamemaster and then reason with them.

In this case, the broken game element directly impacts your gameflow negatively, since you are not able to continue the game without an interaction with the gamemaster. Depending on the facility, this might also add an extra problem because there may not even be a direct line to communicate with her or him. You, as a player, lose time. Time you have actually paid for and you could have spent on other sections of the game.

If this involves a game where you are not able to finish in 60 minutes, it even takes away sections of the room(s) you were not able to see. Anyway, it can be argued very easily that the player was actually cheated out of proper gaming time.

Broken game elements suck – I don’t think that point needs to be made on its own. They suck for the players and they certainly suck for the gamemaster and the escape room facility in general. Most of the time players break game elements and gamemasters must hustle to make them work again for the next group. It is stressful and not always the facilities fault. Sure – point taken.

But, quite frankly, an escape room has to be prepared for that. Escape Rooms are not cheap. Paying 10 to 50 euros per person for an hour of entertainment is expensive, let’s be honest about it. Escape Rooms have to be prepared for the fact that players will not interact with the items in the way they originally intended it. They will mishandle items and they will break them – in some form or another. And to be honest – most of the better Escape Rooms are in some way prepared for that. But should Escape Room players just be ok with the fact that some elements might just not work or some parts of the game are missing and they still have to pay the full amount for a faulty game? Why?

Wouldn’t it be a better experience and also more fair to, at least, give a small discount if you are not able to provide all the services? It would certainly be interesting to hear some owners and other enthusiasts opinions on that matter.

The Escape Room industry has been evolving with big steps each year, with some people working on concepts of rooms that are fully automated and do not need any game master at all. Which sounds fine and great, until you factor in the uncertainty of the human element. And that certainly has to be taken into account in Escape Rooms. What happens if something doesn’t work or breaks down or the players do not know what to do or do not understand any of the automated hints?

Game Masters are there to help and guide the players – and they certainly matter when elements break down. Sure, it is not the end of the world when a game element does not do its job. It is extremely bad though if nobody reacts to it and the players are left to deal with the broken element on their own. The gamemaster has to see and react to it – otherwise the players will lose time. And time is one of the most valuable commodities you have in an escape room.

Once the clock hits the 60 minute mark, escape rooms are over. In most facilities, players will not be able to finish if they haven’t done it by that point, because there will be another group scheduled next. But what if players lost time because of a broken element? Why is it an accepted practice that players have to be ok with the fact that game time was just taken from them?

Again – if a good gamemaster is involved and not a lot of time was lost or some extra minutes were given, everything is fine. But in some cases, that won’t happen. And that is bad. It is bad for the players. And it is certainly a bad practice for the Escape Room industry in general.

Broken Game Elements suck and can not be avoided. But the Escape Room facility has to deal with it in a costumer oriented way. Again – the point here is not to trash Escape Rooms – we love them. But god dammit – take care of your puzzles, check your batteries, prepare for broken game elements and teach your game masters how to deal with broken elements in advance.

An Escape Room is by design a Once-And-Done experience. It can not be replayed or repeated (even if some US owners like to argue this point). Remember that when you get costumer feedback and don’t just shrug your shoulders and say “mistakes can happen”. Sure – they can – but that one mistake did negatively affect this teams only time they were able to play your game, which they payed a lot of money for.

What do you think? We would love to hear your thoughts on this matter in the comment section. 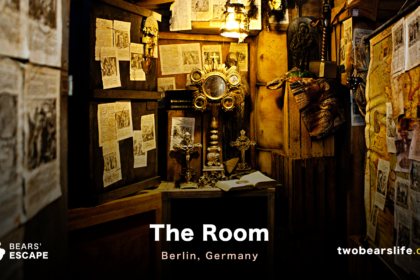 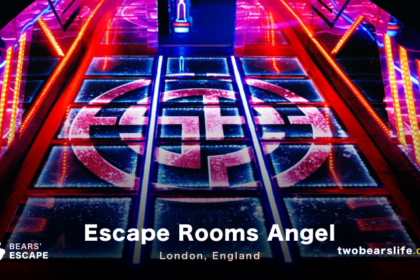 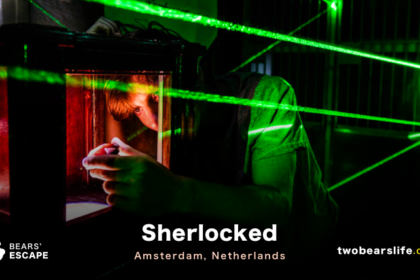